Light Up The Future makes a special impression

For the first time, a real estate event brought together more than 12,000 business professionals from 63 distribution agents to join the sales campaign, with the presence of many famous artists like Phuong Vy, Duc Tuan and Noo. Phuoc Thinh, Toc Tien ….

The investor brought the most special “emotional party” of the day to introduce Vinhomes Grand Park.

Mr. Cao Phong, a business specialist from Khai Hoan Land Company, said he was here very early to visit and waiting for the introduction of Vinhomes Grand Park project. He added that not only was he excited, but the level of market interest in the project was huge: “This is the first time I have the opportunity to be invited to an event to introduce the magnificent real estate project. , bringing together a number of business professionals with a number of record distributors so far. ” 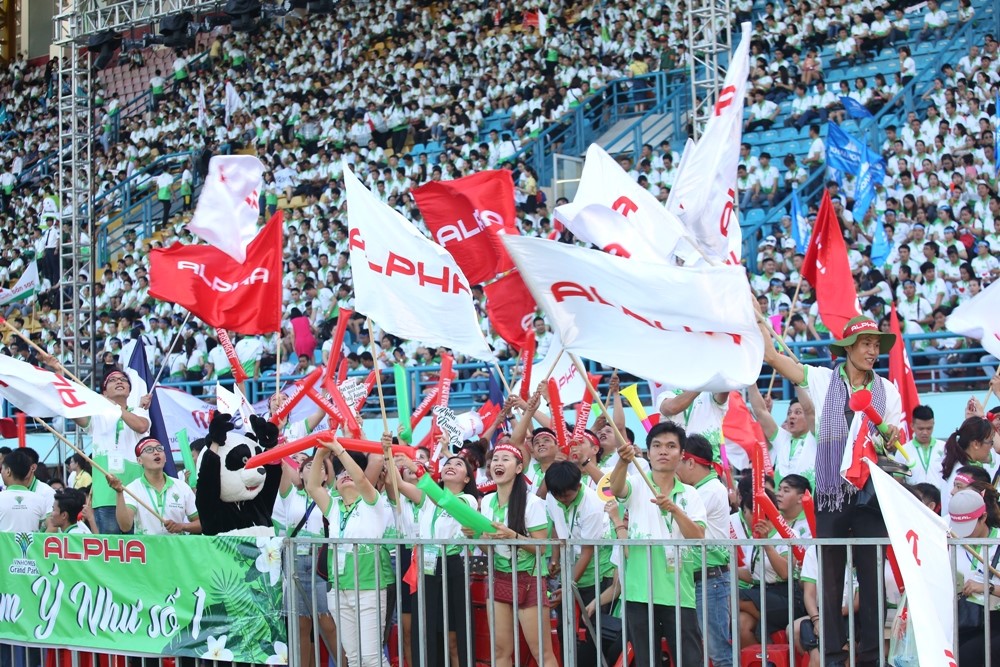 Opening the program is the item “A Whole New World” by singer Phuong Vy and 60 child actors, bringing a feeling of relief to tens of thousands of guests about the dream of having a green life in the heart of the city.
Thanks to LED Mapping technology and modern 3D Visual 3D lighting effects, panoramic Vinhomes Grand Park urban area – a smart city of more than 271ha of Southeast Asia’s largest 36ha large park appears magnificently, overwhelming and excited for all guests to attend. 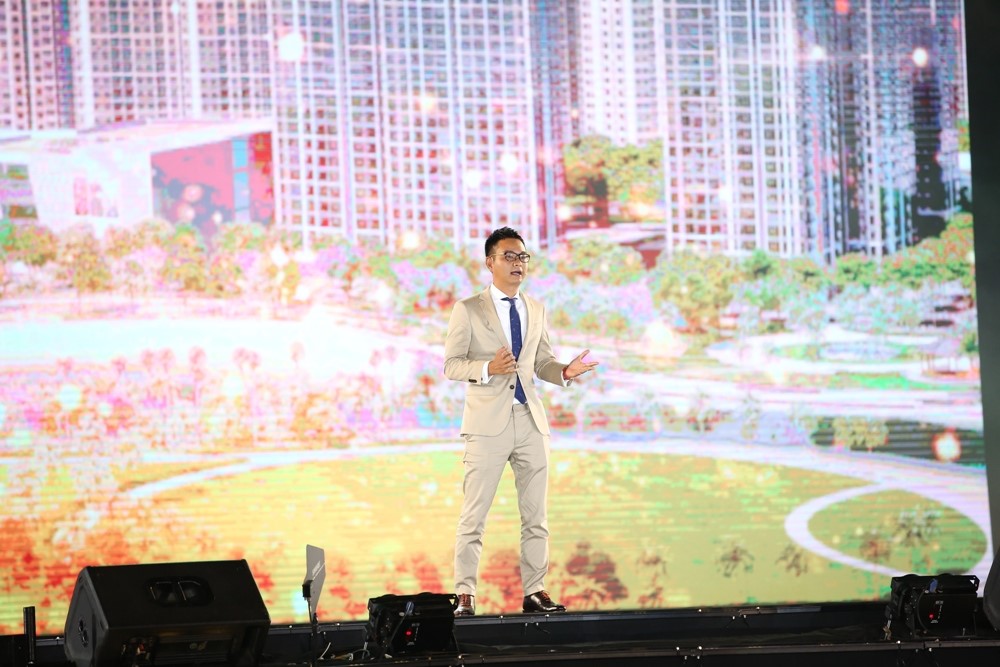 Next, Mr. Nguyen Duc Quang, Deputy General Director of Vinhomes shared about the macro situation, growth potential of the real estate market in District 9 in particular and Ho Chi Minh City in general, revealing golden opportunities with super projects. The most anticipated of the year. Vinhomes Grand Park possesses 3 outstanding elements, which are outstanding scale, outstanding utility landscape, outstanding living environment, creating a difficult competitive advantage in the market. Not only that, Vinhomes Grand Park is also organized to operate under the preeminent model of smart urban. All of these elements create a smart city – the park “Vinhomes Grand Park.

Mr. Nguyen Duc Quang expected, Vinhomes Grand Park will be a super product to create a new milestone in Vinhomes sales history, surpassing the record sales of 10,000 units within the amazing one and a half years of Vinhomes Central Park in the past. Ho Chi Minh City. It is known that The Rainbow section of Vinhomes Grand Park project will be introduced to the market first.

After introducing the project, the “Tree of life” liturgy took place, with the meaning of bringing a new source of life to a great and prosperous urban area of the future. Two trees of life lit up fancifully in the night sky at Military Zone 7 stadium, making thousands of guests extremely excited.

What do agents say about the project?

Many leaders of agents said that they were impressed with the outstanding advantages of Vinhomes Grand Park project, especially the 36ha park with 15 diverse utility parks. Besides, it is a smart, synchronous and modern ecosystem that meets all the living needs of residents.

Ms. Dang Thi Thuy Hoai – Best Director of BestLand shared: “This is the project that has been expected for a long time, so the reaction of the market will be very good when the investor officially introduces the project”.

Meanwhile, Mr. Nguyen Van Quang – General Director of Dat Vang Group analyzed: “The project is located in the center of District 9, the intersection of the golden quadrangle of the key economic zone including Ho Chi Minh City, Dong Nai and Binh. Duong, Ba Ria – Vung Tau. It is a great advantage in terms of potential. In addition, considering the outstanding values of utilities and living environment, Vinhomes Grand Park is hard to have competitors at the present time, so it will create a big effect and change the balance of supply and demand of apartments in the whole market. HCMC school this year “. 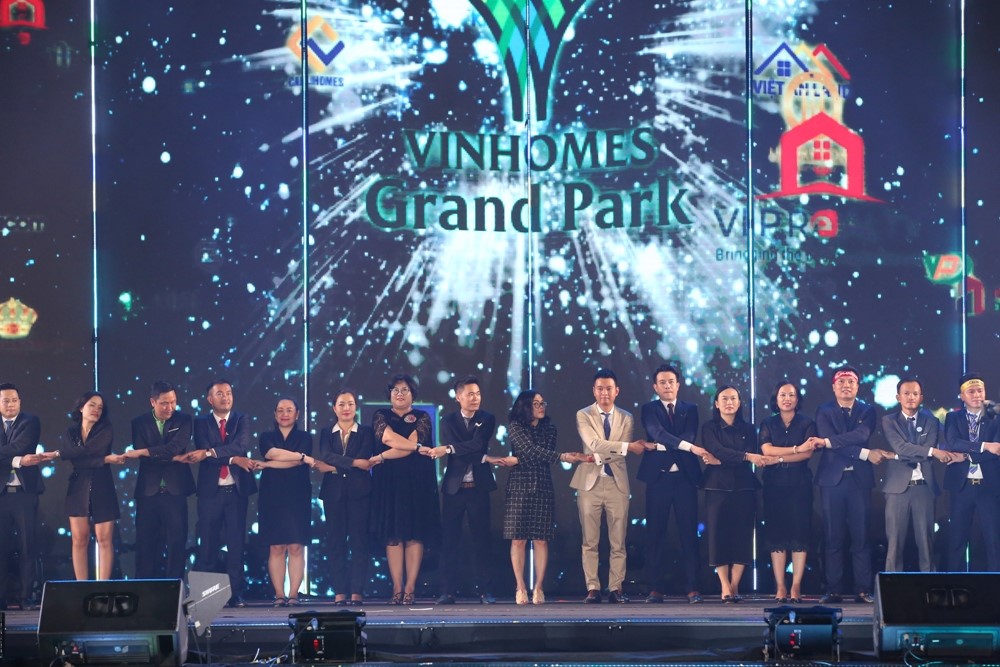 The most impressive moment closed the program as representatives of investors and leaders of 63 distribution agents held each other’s hands tightly as a commitment to development, in the plan to introduce Vinhomes Grand Park project to with investors and the majority of HCMC people in the coming time.

The event ended but officially opened a promising land for tens of thousands of modern families, while being a golden opportunity for the most sophisticated and sophisticated investors in the market. 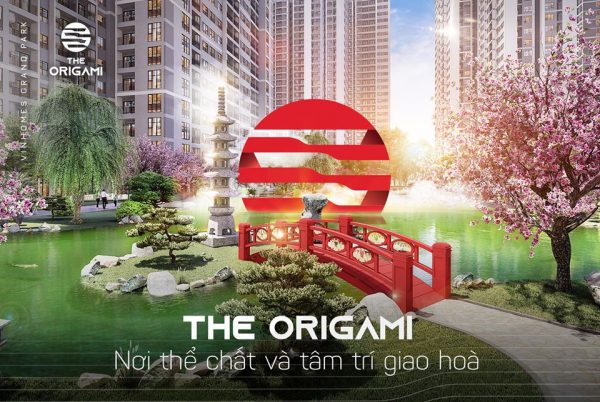 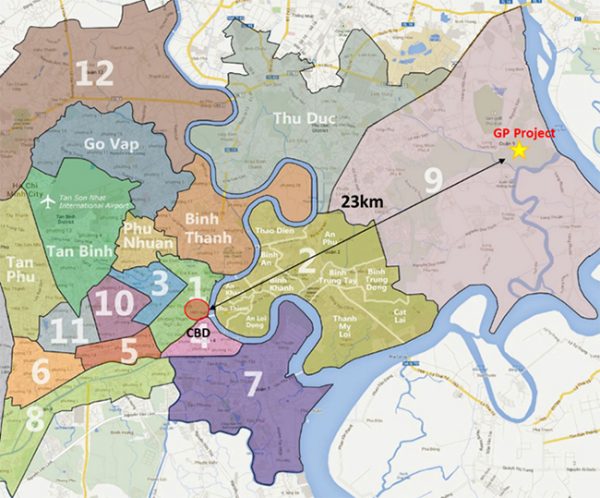